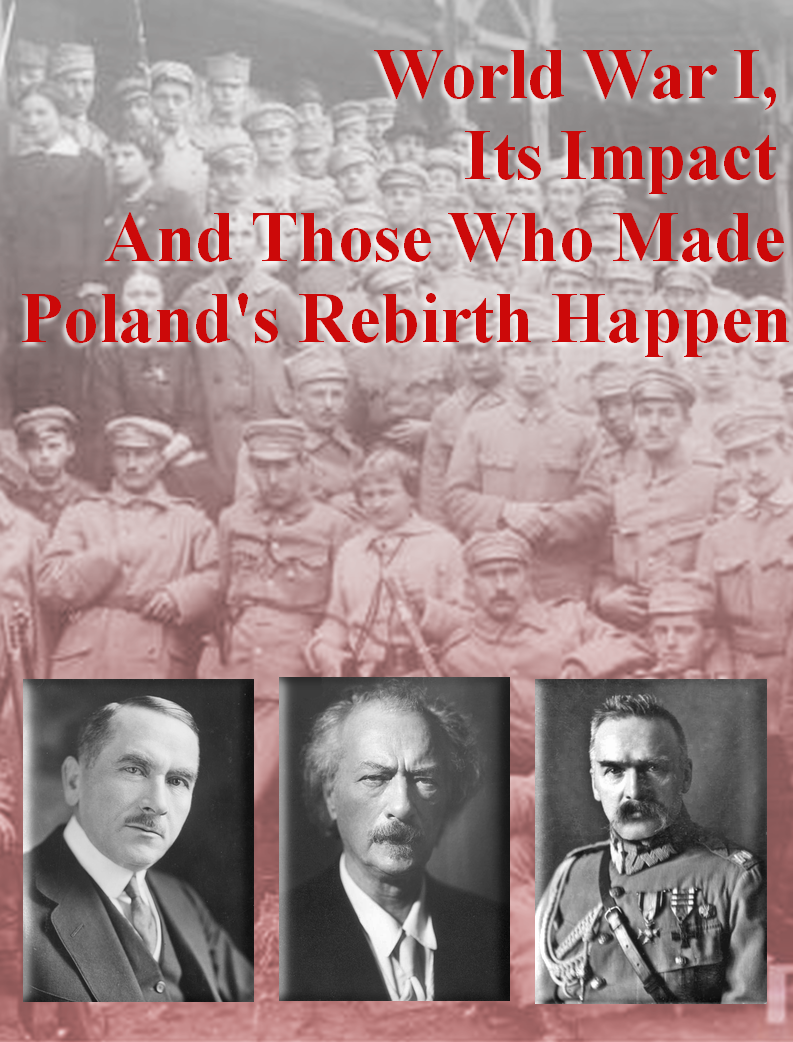 World War I, Its Impact,
and Those Who Made
Poland’s Rebirth Happen”

In his remarks Dr. Pienkos will address these issues and invite comments and questions from the audience and a conversation about what this anniversary represents today.

The Polish Heritage Club will host a reception
immediately after the talk
in space outside Room 226.

About the speaker: Donald Pienkos is Professor Emeritus (Political Science) at the University of Wisconsin-Milwaukee. There he taught courses on Soviet and post-Soviet politics and foreign policy, and the politics of Eastern Europe from 1969 to 2013. Don completed his M.A., Ph.D, and Certificate in Russian Area Studies at the University of Wisconsin and earned his doctorate under the guidance of one of the University’s foremost scholars, Prof. John A. Armstrong. At UW-Milwaukee, Don was a founder of its Russian and East European Studies Committee in 1970 and its Polish Studies Committee in 1979. His many publications have focused on Poland and the Polish diaspora in America. In the 1990s he was engaged in Poland’s, the Czech Republic’s, and the Hungarian republic’s admission into the NATO Alliance. His work has been recognized on a number of occasions, most notably in 2010 when he received the Officer’s Cross of Service from the president of Poland.