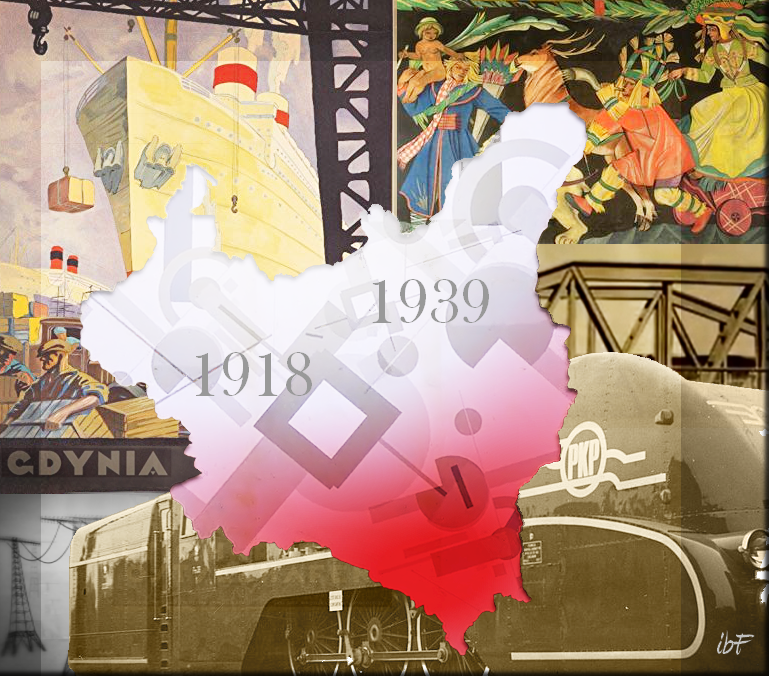 presents a documentary by
Anna Ferens

About the movie: This highly informative documentary tells the fascinating story of the reconstruction of Polish state after Poland regained independence in 1918. The film aptly conveys the spirit of high energy, industriousness and inventiveness of Polish people allowing them to quickly rebuild the country ravaged during the World War I and the defensive war against Bolshevik invasion fought in 1920-1921. The new Polish state faced these challenges head on and against the odds, overcame them with spectacular results. In this vein, the film presents the greatest achievements of politicians, economists, constructors and inventors, whose original ideas, discoveries and creations contributed to the flourishing of Polish economy, science and culture during the interwar period. As expressively documented in the movie, these contributions gained also the international recognition and played an important role in the development of science and engineering fields around the world. (2018, 59 min).

About the director: Anna Ferens is a director, screenwriter, producer and journalist - well-known to Polish and U.S. audiences for the award-winning documentaries as well as television series and short features (filmography and awards). She graduated with a master’s degree in Journalism and Political Science from the University of Warsaw, but studied also Serbo-Croatian at the University of Warsaw and Advertising for Business at the French Institute of Government in Warsaw. She currently heads the Documentary Programming Division for TVP1 & TVP2 in Poland.