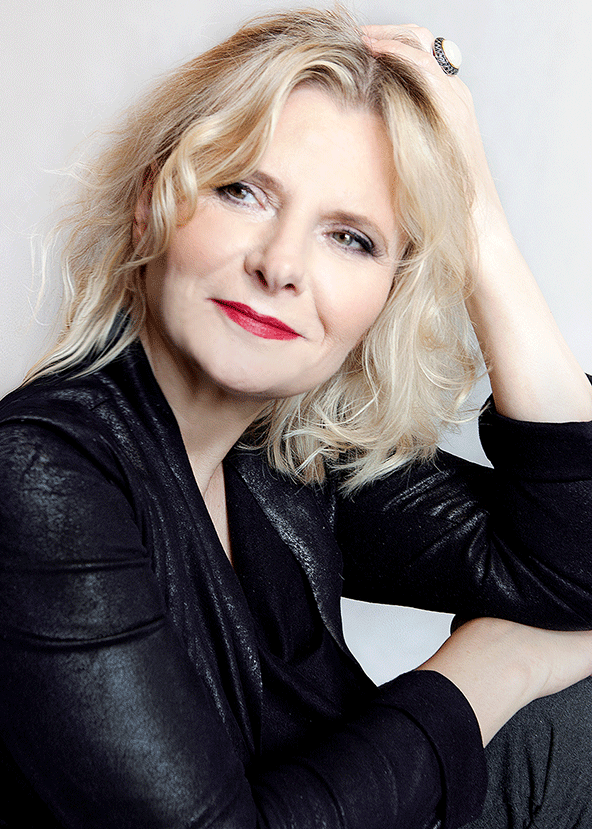 Grażyna Auguścik: Singer, composer, arranger, and producer Grazyna Auguscik has won the praise and admiration of music critics, jazz enthusiasts and even non-jazz audiences with a singular voice that speaks a universal language. She is one of the most intriguing contemporary vocalists on today’s world jazz scene. Her elusive style challenges traditional definitions of jazz and shows a vocalist and musician without boundaries. Her unorthodox approach to rewriting classic works pays tribute to their authors and at the same time is an adventure into uncharted territory. Her original music gives a fresh taste of uncanny flavor. Grazyna performs her own compositions, jazz standards, pop classics and interprets works of Frederic Chopin and Witold Lutoslawski as well as Polish folk songs in a jazz idiom.

She began her professional music career in Europe, and then completed her studies at the prestigious Berklee College of Music in Boston in 1992. Since then she has become a prolific collaborator shearing the stage with such jazz notables as Michael and Randy Brecker, Jim Hall, John Medeski, Paul Wertico, Kurt Rosenwinkel, Robert Irving III, Michal Urbaniak, Urszula Dudziak, Terry Callier, Patricia Barber, John McLean, Ron Perrillo, and many others. Grazyna has recorded, produced and distributed 17 albums, 10 of which were under her own record label, GMA Records, and has appeared as a guest on as many projects.

Her album Pastels was chosen one of the best of 1998 by National Public Radio listeners. Her 2002 release River placed her as one of the hottest young jazz talents in the country. In 2003 Grazyna received Twirlie Nomination for Top 15 FEMALE VOCALISTS and was nominated for Best Female Vocalist of 2002 by 22nd Annual Chicago Music Awards. She was named Best Jazz Vocalist of 2002, 2003, 2004, 2006 and 2016 by a prestigious European Jazz Forum Magazine. In 2002 Fujitsu Concord Jazz Festival awarded her with the TOP VOCALIST title, and the album Homage – Three for Brazil recorded for Pony Canyon Records in Japan was on a TOP 20 JAZZ ALBUMS list in Asia.

Matt Gold: A guitarist and composer based in Chicago, IL. His work has been praised for being “accessible, yet healthily unconstrained by genre and sure of its own identity” (UK Vibe) and for "combining the virtuosity and precision of a string quartet with the playfulness of small-group jazz" (Chicago Reader). In May 2020 Gold released his first solo record, Imagined Sky (Whirlwind Recordings), displaying his penchant for concise melody and a nuanced, exploratory palette of abstracted Americana. He has released four albums as the instrumental duo Sun Speak (with drummer Nate Friedman) and one with the singer/songwriter duo Storm Jameson (with vocalist/guitarist Jim Tashjian). As a guitarist and collaborator, Matt performs and records with artists including Makaya McCraven, Greg Ward, Sara Serpa, Hood Smoke, and Jamila Woods.

Jon Deitemyer: Has established himself as a unique and versatile voice in modern jazz drumming. After graduating from the esteemed University of North Texas (where he studied with Ed Soph and Lynn Seaton), Jon settled in Chicago and quickly became a fixture in the city's expansive creative music community.