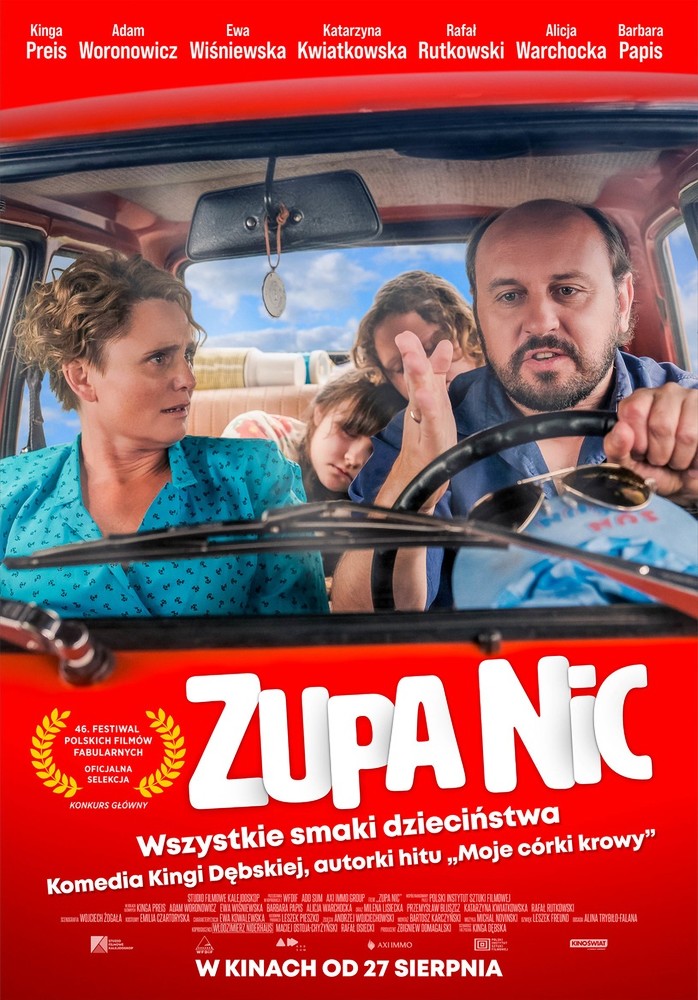 Marta is a romantic and a school victim of fate. He shares a room with his sister Kasia and grandmother, who tells her granddaughters insurgent stories instead of fairy tales. In the room behind the wall, my parents – Tadek and Elzbieta – live their married life. He is a constantly humiliated intelligent by the system who silently envies his prosperous brother-in-law. She is the president of the company’s “Solidarity” with the need for freedom and a dream to finally break out of Poland. However, the real emotions for the whole family will start when the dream orange Fiat 126p stands under the block...

Kinga Dębska (director): Born in 1969, Kinga Dębska [KEEN-gah DEMP-ska] studied directing at the Film and TV School of the Academy of Performing Arts in Prague, Czech Republic. A film director, screenwriter, and author, she is best known for such feature films as Playing Hard (Pol. Zabawa, zabawa, 2018) and These Daughters of Mine (Pol. Moje córki krowy, 2015). The latter won in two categories at the Polish Film Awards festival and was also awarded at the Polish Film Festival in America in Chicago. Dębska also directed a documentary about Elżbieta Czyżewska, a Polish actress who married The New York Times journalist David Halberstam and moved to the U.S. from communist Poland. In addition to films, Dębska has also directed for theatre. Her 2021 film Back Then is a prequel for the award-winning feature These Daughters of Mine. 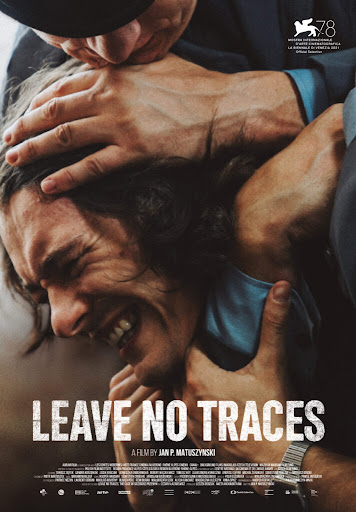 Poland, 1983. The country is shaken by the case of Grzegorz Przemyk — a high school student beaten to death by militia. Based on true events, the film follows the story of Jurek — the only witness of the beating, who overnight became the number one enemy of the state. The oppressive regime used its whole apparatus — the secret service, militia, the media and the courts — to squeeze Jurek and other people close to the case, including his parents and Przemyk’s mother, Barbara.

Jan P. Matuszyński (director): Born in 1984, Jan Matuszyński [YAHN mah-too-SHIN-ski] is a film and television directing graduate of the Krzysztof Kieślowski Film School in Katowice. A film director, writer, and producer, Matuszyński also holds a doctorate in film and theatre arts. He is best known for his debut feature film The Last Family (Pol. Ostatnia rodzina, 2016), which won the Golden Lions, the Grand Prize at the annual Polish Film Festival in Gdynia. The film also won multiple awards at the Polish Film Festival in America in Chicago, the Chicago International Film Festival, the Locarno Film Festival, the Polish Film Academy, and other venues. Matuszyński has also directed several documentaries and TV series, including The Border (Pol. Wataha, 2017) and The King of Warsaw (Pol. Król, 2020), based on an eponymous novel by the bestselling author Szczepan Twardoch. His 2021 film Leave No Traces (Pol. Żeby nie było śladów) was selected for the Main Prize at the Venice International Film Festival as well as selected as Poland’s entry for the 2022 Academy Awards..