Movies screened in 2018 at the 28th
Annual Polish Film Festival

click here for the entire program and more information

A beatifully photographed tale about the unusual inhabitants of an apartment building in Silesia, a region near the Polish-German border: Rose, an alluring Jewish woman, and the three men enchanted with her – a Pole, a Silesian, and a German teenager. The movie has two parts. The first one is set in the summer of 1939 and ends dramatically during the war. The second takes place in the 1950s and tells the story of how the war-surviving residents of the apartment building struggle with the new socialist reality. 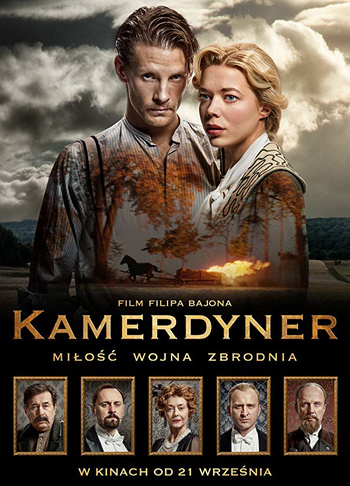 A saga of the Prussian family von Krauss living in Puck area entwined with the story of forbidden love between the Kashubian boy Mateusz and the German aristocrat Marita. Set between 1900 and 1945, the script depicts the complicated fate of three nations inhabiting the former Polish-German borderland in northern Kashubia: Germans, Kashubes, and Poles. The borderline set by the Versailles Treaty after the WWI divided not just the territory, but also the people, causing hatred and leading to the horrific crime during the WWII.